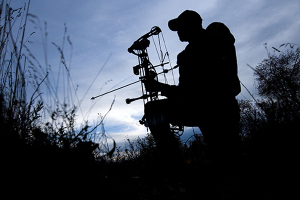 Richard Dean Shoults II, lovingly known as “Rich,” passed away on February 19, 2021 at the age of 54 at the Washakie Medical Center after an illness of four months. Born August 5, 1966 in La Jolla, California, he was the son of Raymond Eugene and Angela Rose (Cochoit) Shoults. He graduated from Hanna-Elk Mountain High School in 1984 and attended the University of Wyoming.

His love for baseball started as a child playing Little League and continued through the years in a Senior Softball League where he often won the “Home Run Derby.”

Rich enjoyed cooking and creating new recipes much to the delight of his family.

He was a hard worker and supervisor in the gold mines of Nevada to the oil fields of North Dakota. His love for the outdoors included hunting the mountains and prairies of Wyoming with his dad. The two of them made quite a team. Although he often hunted with a rifle, his passion was archery hunting.

He married Katherine Meredith “Kate” Olson and they had a daughter, Alexandra R. “Ally,” who is currently attending college in Florida. He later married Cecilia Denise Blackman.

He is survived by his mother, his daughter, his sister, Corrine Lynn Cotton, his brother, Randy Dean (Kelly) Shoults, and several nieces and nephews. He was preceded in death by his father and sister, Rena Ann Shoults Gomez Waller.

There will be a Celebration of Life this summer. Arrangements have been entrusted to Veile Mortuary.

To send flowers to the family or plant a tree in memory of Richard Dean Shoults II, please visit our floral store.

You can still show your support by sending flowers directly to the family, or by planting a memorial tree in the memory of Richard Dean Shoults II
Share a memory
© 2021 Veile Mortuary. All Rights Reserved. Funeral Home website by CFS & TA | Terms of Use | Privacy Policy