Share a memory
Obituary & Services
Tribute Wall
Read more about the life story of Mary and share your memory.

Our beloved mother, MaryAnn Metzger, went to live with our Lord and Savior on January 6th, 2023.  MaryAnn was born in Belfield North Dakota during the Great Depression.  With her brothers and sisters, she had to work hard on the farm to survive those incredibly hard times.  Working in the fields, taking care of the livestock and doing chores from daylight to dark each day.  At one point she suffered a serious farm injury that almost took her life at an early age.  But she managed to survive without a doctors help and go on to grow up and marry the love of her life Joseph Metzger, who she was married to for 60 years, before his death.  For their honeymoon they went to Yellowstone National Park and passed through the Big Horn Basin in Wyoming on their way to the park.  MaryAnn commented at that time she would never live in such a desolate place of dirt sand sage brush, the Big Horn Basin.  A year later that is exactly what happened moving to Greybull, Wyoming where they both took jobs there.

After a few years in Greybull a better job opportunity arose for her husband and they moved to Worland, Wyoming where she would spend most of the rest of her life.  For a time, they took care of her husband’s mother and even got some of her sisters and their spouses to move there also which made it feel more like home to her.   Even though she spent most of her life in Wyoming, North Dakota was always in her heart.  Some years later they finally started a family, raising two sons and a daughter.  Funny thing mom said when she got married was that a number of people were saying she was having to get married.  So, her first pregnancy instead of being 9 months was in fact 9 years before the first child was born.  The birth was not easy, and the doctor had told her husband he may have to chose between the child or her.  Fortunately, the good Lord saved both of them.

Through out her life she had to work hard to support her family and help her husband, a butcher by trade, sometimes cutting up other people’s wild game till wee hours in the night.  She also took on babysitting as another source of income and many of those children came to call her mother also.  So much so in later years many would come back to see her and express to her their appreciation of what she did to help raise them.

She loved gardening and raised and canned a lot of the food the family would live on.  One of her other great joys in life was baking which she loved to share with others over coffee and conversation.  Once an electrician who did work at her house refused to take cash payment.  Instead, he wanted a number of her home baked goodies as payment!

She was a deeply religious woman who tried to go to mass every day if she could and was always trying to help out others, sometimes to her own determent.   She tried to instill the teachings of Christ into her family, sending her children to Catholic School even though they struggled to pay the cost.  She always pressed her children to follow Christ’s teachings and to get a good education, which she was deprived of due to their circumstances on the farm during the Great Depression.  That was one of her few regrets in life.  She had often dreamed of getting a higher education and becoming a teacher.

At one early point in her new family’s life, she suffered a bout with cancer and was again told this could be the end for her.  But once again the Lord stepped in and saved her allowing her to continue on for a long life.  In the final years of her life, she became the nurse and caretaker for her husband when he could no longer care for himself.  Taking care of him as one would a small child.  Doing this for 12 years until she herself fell ill and was hospitalized from extreme exhaustion.  The doctors told her he needed to go into a nursing home, despite her not wanting to do so and not having him at her side daily.

The final 4 years of her life she was losing her eyesight and hearing and became unable to walk and had a dramatic decline in her mental facilities so she was moved to Cody, Wyoming’s nursing home where her oldest child could look after her till her passing.

No family could ask for a better mother or wife.  She will be deeply and lovingly missed.

To send flowers to the family or plant a tree in memory of Mary Ann Metzger, please visit our floral store. 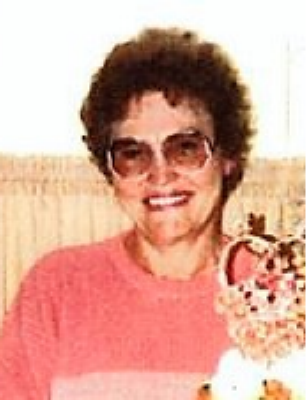 You can still show your support by sending flowers directly to the family, or by planting a memorial tree in the memory of Mary Ann Metzger