Share a memory
Obituary & Services
Tribute Wall
Read more about the life story of June and share your memory.

June Warila passed away while surrounded by family on October 9, 2022 at the age of 87 in Billings, Montana. Born Juneko Miyata in Sapporo, Japan, on July 2, 1935, June was the second child of Chiyoko Honda and Kozo Miyata. She began her life-long career in food service when she got her first job selling noodles at her local train station in her early teens. She met her future husband, Sergeant James Warila, while working in a gift shop at an American military base. They fell in love with the help of English to Japanese translation dictionaries and went on movie dates together before marrying on September 6, 1955. June immigrated to the United States in 1957, at the age of 21, and started her family with Jim in his hometown of Red Lodge, Montana. There they had a son, Mark, and their two oldest daughters, Penny and Margaret. Here, June taught herself English by watching American television and began cooking American food. June and Jim moved to Worland, Wyoming, in the early 1960s, where they had their youngest daughter, Candy, and where they both lived for the rest of their lives. June was proud to become a naturalized United States citizen in Worland. A hard worker throughout her life, June took on many jobs cleaning and wrapping gifts before she started running the snack bar of the bowling alley in the early 1970s. Here, June made a name for herself as a cook. Even decades after she stopped cooking at the snack bar, June was known for her homemade fried rice, bread, and pies. After the snack bar, June started her own restaurant, June’s Family Restaurant, which she ran until the mid-1990s. Later in life, June worked as a janitor for many places, including the BLM and the Worland Aquatic Center, and as an elementary school assistant cook. June was a kind and generous person and she showed this through her food. Often called “Grandma June” even by those not related to her, June loved bringing gifts of food to those she cared for.

June is preceded in death by the love of her life, James B. Warila, her parents, Chiyoko Honda and Kozo Miyata, and her younger brother, Yoshi. June is survived by her siblings Keiko, Shizuko, Hiroko, and Masahiro, her children Mark Warila, Penny Lothringer, Margaret Johnson, and Candy Caines, and her grandchildren Amber Foley, Matthew Warila, Lyndsey Babcock, James Schneider, Criscilla Tyler, Chad Johnson, Katherine Stuckey, Patrick Caines, James Caines, and Paris Caines. Additionally, June is survived by her 20 great-grandchildren and her great-great-granddaughter. In keeping with June’s wishes, no public services will be held. Arrangements have been entrusted to Veile Mortuary.

To send flowers to the family or plant a tree in memory of June (Miyata) Warila, please visit our floral store. 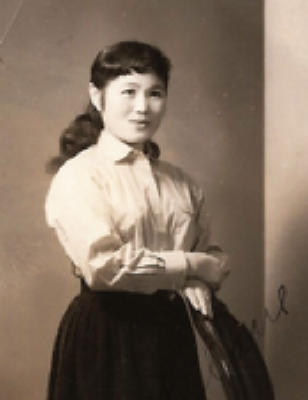 You can still show your support by sending flowers directly to the family, or by planting a memorial tree in the memory of June (Miyata) Warila