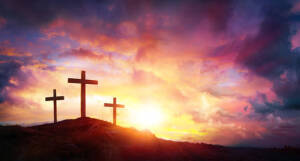 He was born May 20, 1967 in Decatur, Indiana to Lester and Alta Mae Thatcher. He was one of five children. Tony enjoyed wrestling throughout middle school, he always regretted not wrestling in high school. He had to drop out of school in 10th grade to go to work to help support his family after his dad passed away. Tony was one of the hardest working men you’d ever meet. His first ever job was being a paper boy. When he started high school he went to work for Dave Rose at A1 Rent Rite. He would always tell us how thankful he was for that job. Dave taught him how to fix vehicles, helped him fix up and buy his first ever vehicle, and was like a father to Tony after losing his dad so young. He always said Dave was the reason that he had the amazing work ethic that he did. His job at A1 Rent Rite started a passion for working on vehicles that Tony enjoyed throughout his life. One of his greatest accomplishments was rebuilding a 1965 Chevy Malibu and a 1970 Chevelle SS which he passed onto his boys. After A1 Rent Rite he went to work for Ben Daniel’s Auto Shop. In his early 20’s he started working for Reinhart’s and eventually became the foreman.

On June 4, 1986 Tony welcomed his first child, Jonia Rashel. Four years later on November 17, 1990 Jonathan Thomas entered the world and on May 21, 1992 his third and final child, Travis Anthony was born. In 1995 Tony started working for the International Union of Operating Engineers Local 103. He was damn proud of being a Union worker and celebrated 25 years of membership and service in July of 2021. We were told he was the best Heavy Equipment Operator around by many people and had the respect of many men and women for his hard work and undeniable skill. Together with his two sons, Tony built a house out in the country in Decatur, Indiana. Due to his craftsmanship, it was a beautiful home straight out of a magazine. Years of memories were created on that farm. He taught the boys how to raise cows, build fences, grow a garden and learn a good work ethic that he had been taught years prior. If there was one thing that Tony loved the most, it was being a dad. He was Jon and Travis’s number one cheerleader and fan at every sport they participated in and every 4-H event. The years he spent traveling all over the country and watching his boys wrestle were some of his fondest memories.

Tony was involved in many things throughout his life. He became a part of Messiah’s Misfitz; a motorcycle ministry set out to be the light in a dark world and to accept the unaccepted and share the love of Christ. There he got the nickname ‘Scrapper’ and if you knew anything about Tony at all, you know why. After being saved, Tony’s love for the Lord was ever present throughout his life. He would witness to any and every one that he came across, the man knew no stranger. In 2016 he took a job in North Dakota to work on the pipeline (the Bakken Oil Field) and be closer to his son and grandchildren. Throughout his time working on the pipeline Tony made numerous friends. So many people enjoyed his company, he had a love for life and was the life of the party. His infectious smile and smart ass jokes won over the hearts of many, many people.

Other than being a dad, those that called him Papaw were his most treasured humans. After his cancer diagnosis end of 2019 he had to take a step back from work and do what was necessary to get better, which he eventually did, Praise God. This gave him more time to spend with his grandbabies. He loved supporting Isaiah at all of his sporting events. Tinsley and Teagan were “his girls” and he loved every minute spent with them. Tony became a host at Boysen State Park outside of Wind River Canyon in 2021 and many memories were created at that campground. He loved fishing with the kids, giving them rides on the 4-wheeler, camping with them, taking them swimming at the reservoir, and who could forget popping kettle corn with them. In September of 2021 his fourth grandchild Bennett made his appearance and he was the proudest Papaw.

December 2021 came and our lives were changed forever. Tony’s cancer had come back and metastasized, his days were numbered. We were able to bring him home to be with his favorite people for the days he had left. Even through his pain he kept his sense of humor and found ways to mess with us. Tony was a lot of things but if nothing else, he was a fighter. He fought as hard as he could but ultimately the Lord wanted Him home. He was a funny, loving, stubborn, friendly, hardworking man. If you had the pleasure to know him, you were better for it. He was a mentor to many people and touched a lot of lives. He will be terribly missed and carried in the hearts of those who loved him forever.

He was preceded in death by his dad Lester Thatcher.

A Memorial Service will be held at 11am on January 18, 2022 at the Veile Colonial Chapel, 301 S. 8th Street, Worland, Wyoming. Memorial Services in Indiana will be held at a later date. Memorial donations can be made out to Travis Thatcher, c/o Veile Mortuary, P.O. Box 730 Worland, WY 82401 for Tony’s grandchildren’s college fund. Arrangements have been entrusted to Veile Mortuary.

To send flowers to the family or plant a tree in memory of Anthony Wayne Thatcher, please visit our floral store.

A Memorial Tree was planted for Anthony

Join in honoring their life - plant a memorial tree